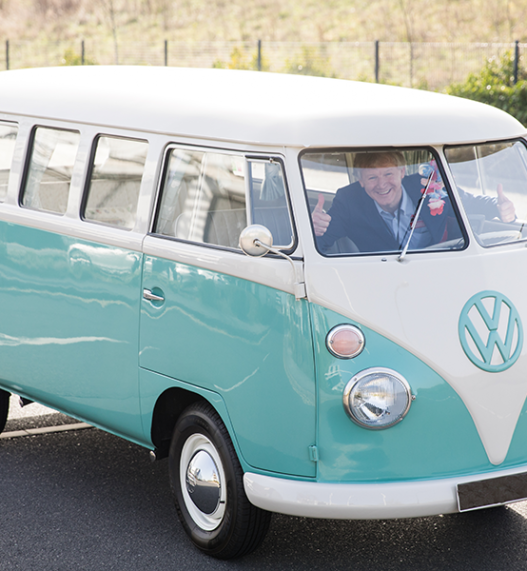 This week we celebrate 16 years for Mick Mullins working at IAR as a Level 3 consultant. We wanted to mark this great occasion by having a quick chat about his time in the NDT industry and share the insider look with you all.

Hi Mick, could you tell us a little about your background and how you got into NDT?

After leaving school I started my apprenticeship at Sheffield Forgemasters as a turner machinist, where I gained my ONC & HNC in Mechanical & Production Engineering.  I then moved to Darron Oil Tools where I operated a CNC machine for 10 years, manufacturing Directional Drilling components for the Oil Industry, followed by a move to Cameron’s in Leeds where I eventually became involved in NDT.  I think it was MT and PT Level 1 courses which I did first.

After another 10 years of working at Cameron’s (there seems to be a trend forming) I moved to another engineering company in Doncaster, Noel Village Steel Founders Limited, who cast parts for the Oil and Gas Industry and for General Engineering. This is where I studied and gained my ASNT and PCN Level 3’s.  While I was at Noel Village a position became available at Argyll Ruane Limited in the Level 3 Services department and the rest is history.

I’m thinking of having lessons to learn to play the guitar, watch out my next move might be to become a grandad rock star!

Over the past 16 years, what stand-out moment can you remember? For example, work on specific job, a trainer you learnt from, the most fun you had or even something a little risky that happened.

I have had lots of memorable experiences and most of them I could probably talk about, but the one that stands out the most is an MT course that I ran in a small village in Cameroon a few years ago. I think there was about 6 or 7 people on the course, most of them Americans, but 2 of them were from the village.

The most memorable thing was that on one of the evenings when I was walking around the village I bumped into them, they were sat at the side of the road revising from our MT Notes.

We had a chat and they told me that if they pass the course their lives would change for the better and so would the village in which they live. I could feel the hope that I was giving them, it was very touching.

No two days are the same.  The big challenges which come along from time to time keep me motivated and driven. The chances of meeting a wide variety of people including ones from different countries, as I think people are probably one of my hobbies and being around so many is inspiring. What better job could you ask for?

Consulting puts me into many different spheres of NDT so the exposure to unique situations is very real.  It is here where I enjoy working out how to solve NDT problems and being part of a great team most certainly helps!

Finally, if you could take your split screen camper van anywhere in the world where would you like to travel?

That’s a hard question as there are many places, but first of all I would like to tour Europe focusing on the eastern parts like Poland, Hungary, Romania and Slovakia, countries which you wouldn’t associate as being the usual holiday destinations.  Then I would love to tour the west coast of South America. Watching the TV series Race Across the World has been very inspiring, I didn’t realise the variety of cultures and beautiful places over there. Eventually finish up in Ushuaia (the world’s most southerly city). We can but dream.

From the IAR team

Congratulations Mick and happy birthday for Monday where you’ll hit 16 all over again, or is it 21 again… again.. again… again 🙂 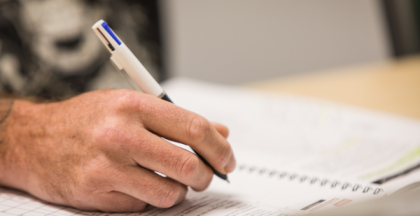 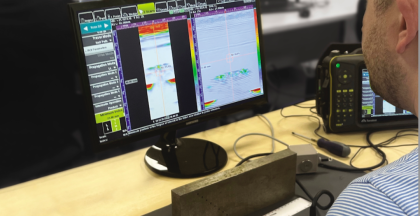 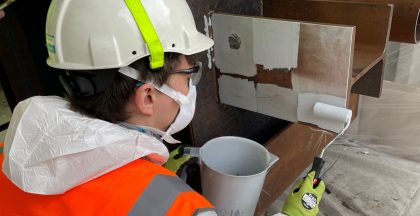 Get our latest news direct to your inbox